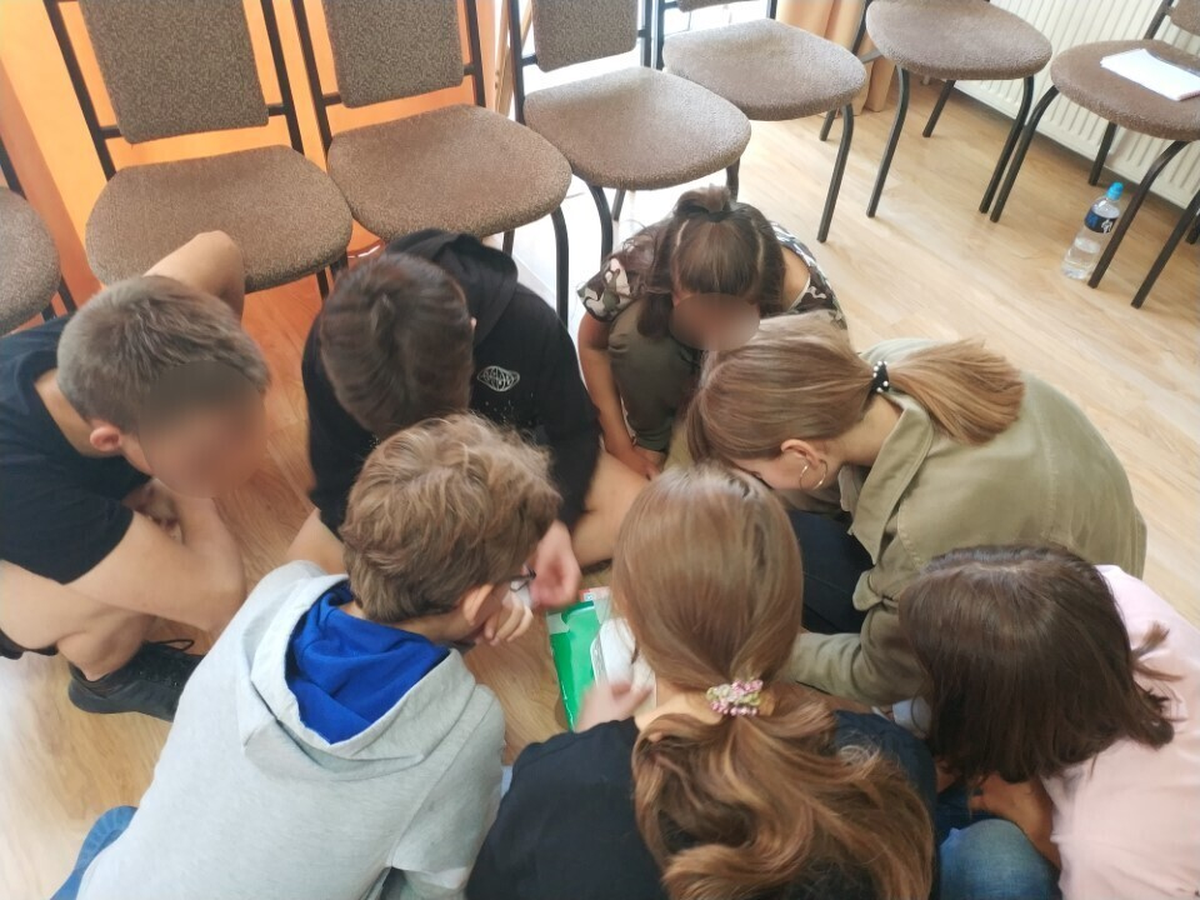 Earlier this month, Lumos organised a summer school for children aged between 12 and 15 from Moldova and Ukraine. Both local and refugee children attended, including some from social services, created with Lumos’ support.

This summer school was an opportunity for children to get to know each other, learn about using their voices to participate, get involved in various activities, make new friends, and spend a few warm sunny days down by the lake.

If I was asked to describe this year’s summer school in one word, I’d go with ‘new’.

And many more ‘new’s!

The first day of school is always the hardest! On Monday, participants had only just met, so Eugenia (Lumos’ Child and Youth Participation Advisor) and Pavel (a self-advocate and former YAB member), encouraged a few games designed to break the ice.

By the end of day one, we all knew each other’s names, ages and the country and districteveryone came from. It turned out there were three pairs of siblings and a pair of cousins. The Moldovan children could speak no Ukrainian, and the Ukrainian children no Romanian, but they found ways to communicate, and I helped with translating.

The second day started with a session on mobile journalism, or “MoJo”. The children were keen to learn how they could become news reporters using a smartphone.

After learning the theory, it was time for some practical exercises. Divided into four groups, the children practised asking questions and telling a story they had witnessed – then for “dessert” they had to make a video on any subject they chose. To our surprise – and this was only discovered on the last day of school – all four groups chose the same topic: together we are stronger.

The most difficult test was waiting for them on day three of summer school. The group split up into pairs to cross a room full of obstacles. One of each pair was blindfolded, and had to listen carefully to the instructions given by their teammate. If you touched an obstacle, you had to start over. This was a game that the self-advocates suggested because it is about mutual understanding, trust, fear, and facing obstacles in life.

Once all of the pairs had completed this task, there was a new one waiting for them: the partners switched roles, so that the child who had led before was now blindfolded. The catch is that in this second attempt, there was absolutely no obstacle in the room already – but they still had to receive directions to “avoid” them.

“I was surprised not to touch any obstacle, so I thought something might have been wrong, but had to trust my partner the way he trusted me when I was leading him”, said Ivan*, a 13-year-old from Kyiv.

“It was all about trusting your partner”, agreed other children.

The day culminated with a “Mission: Impossible” game, during which all summer school attendees had to find a surprise by following the hints hidden in advance by three of the self-advocates that joined us.

Before departing on Thursday, we asked all the children to compare their feelings about the summer school on the first day and the last day. Although there was a large dose of scepticism at the beginning, towards the end their attitude has changed, and they all wished such events could happen more often.

“We’ve learnt a lot about communicating with people we haven’t known before, about choosing and making friends, about working together as a team.”

“And we understood that no matter the language we speak and the country we come from, together we are strong and can overcome any barriers and become a real team!”