A tale of two Marias 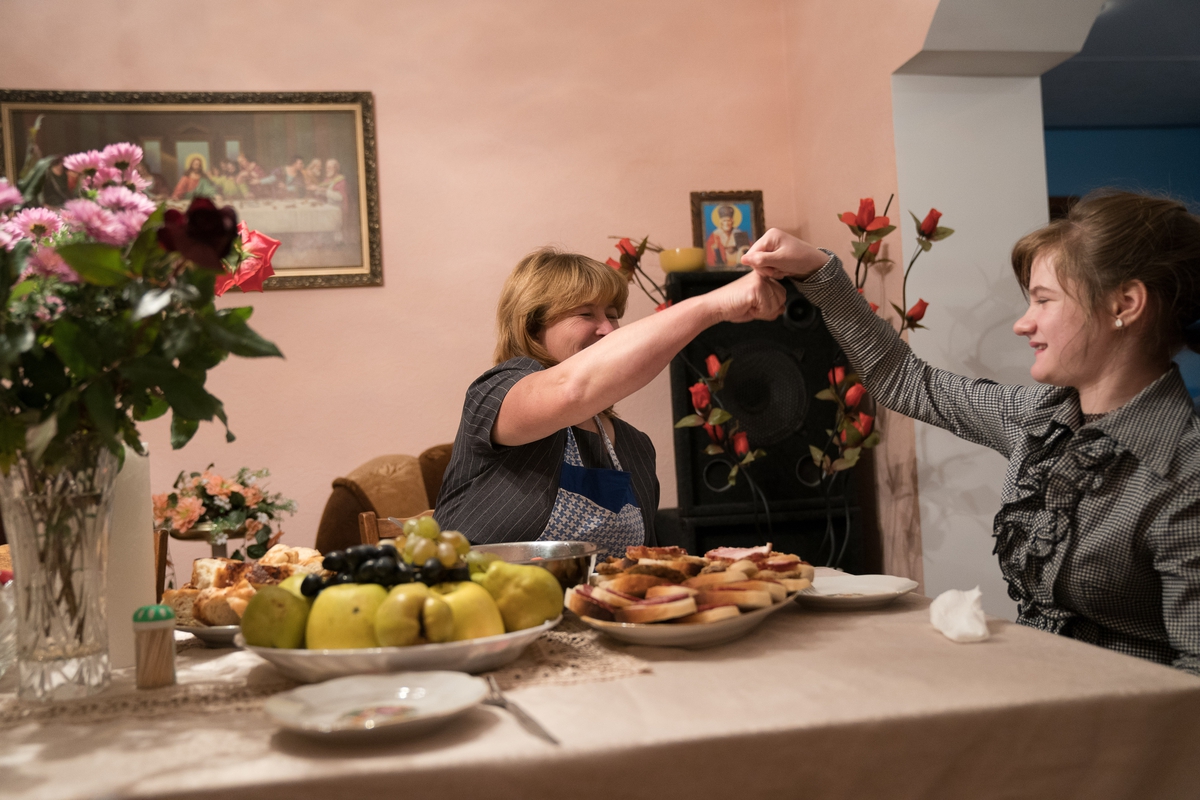 A tale of two Marias

Little Maria and Mama Maria are quite the pair. The two live surrounded by dogs, sheep, rabbits – all the furry creatures that cause little Maria, 11, to shriek with joy. But perhaps the greatest source of happiness in little Maria’s life is Mama Maria herself: “She’s the best mother in the world. And, thanks to her, I have the best family.”

Maria’s joy comes easily these days, but it was buried for a long time. Maria was born with cerebral palsy in Moldova, the poorest country in Europe. With no resources to help a child with disabilities, her parents left her in an orphanage – the default way of looking after vulnerable children in the country at the time.

Little Maria doesn’t like to remember her time in the orphanage: she was lonely, uncomfortable, and there were cruel punishments. Maria was often forced to stand in corners with her arms raised for lengths of time.“I was very angry with them, but I couldn’t show this anger in front of them because they were very bad. I couldn’t do anything. I had just to… endure. I don’t like to speak about the institution too often because I feel sad then.”

From the orphanage, Maria was sent to a residential school for children with disabilities. And that’s where, when she was eight years old, she met her namesake. Mama Maria had decided to become a foster carer after her two adult daughters had left home. “There was no longer noise in the house, no talk, and smiles, and children’s laughter,” she says.

Mama Maria turns emotional when discussing how beautifully Maria fits into her life; how much it feels like fate. She also knows that, with her cerebral palsy, Maria didn’t have as many options as some of the other institutionalised children. “When I decided to take Maria they told me that she had some disabilities. We were not scared about her illness. We saw that she could walk; she could eat by herself. Just with my support and my help.”

Educating Maria so that she can someday live independently is at the top of Mama Maria’s concerns:“I educate and raise her and try to offer all the life skills that she needs in order to move independently and be responsible. I hope I manage to do that.” Before, Maria couldn’t read and didn’t know the alphabet; now she’s going to school. The walk used to take her 35 minutes; now she does it in 20.

Finding families for all children

“I try to give her all the love that she was deprived of before coming to us,” Mama Maria adds. “She’s my all… I can’t imagine life without her. I can’t imagine.”

Since Lumos began working in Moldova in 2006, the number of children in institutions has fallen by 10,415 (90%) and thousands have been reunited with their families. By working with the Moldovan government, we’ve been able to help redirect funds from institutions into family-based services across the whole country, so that children like little Maria can find homes like Mama Maria’s.

“If I had magical power, I would take these children from the orphanages and put them in families,” says little Maria.“That would make me very happy."

You can help more children like Maria by supporting our work. go to: http://donate.wearelumos.org