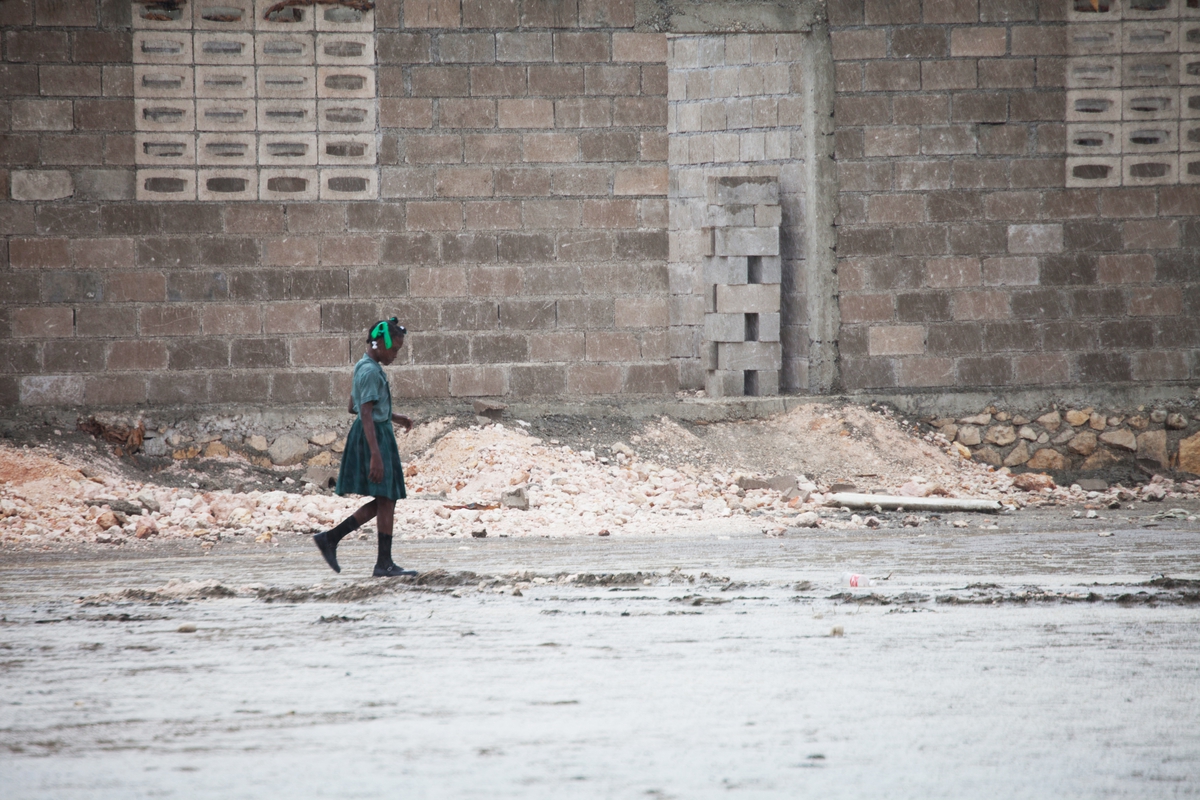 Stéphanie was one of the first children to arrive at the orphanage, in a town not far from the Haitian capital of Port-au-Prince. She was just four years old.

Her family had sent her to the orphanage from her village in the south of the country to save her from their own desperate poverty. However, like so many other families, they had been tricked.

In fact, the ‘orphanage’ itself had not even been built yet. At night, the children would huddle together under the ramshackle roof of the Director’s own home.

“If it rained while we were sleeping, drops would fall in our ears,” she said.

After some time, the children were sent to a new building in the North of the country – hundreds of miles away. Any hope of their parents ever finding or visiting them grew dimmer and dimmer.

This new building came with its own problems. One night, people with machetes entered the orphanage compound, and smashed all the windows. Stones rained down on the children from the intruders outside, and Stéphanie remembers a friend being struck in the chest. This was certainly not the safe haven her parents had imagined for her.

Stéphanie spent the rest of her childhood behind the orphanage’s walls, separated from her family. She watched donations, clothes and food from well-meaning foreigners arrive at the orphanage – only for them to leave in the dead of night, sold and traded off by the Director for her own profit.

When, after many years, the Director died and her daughter took over, she told Stéphanie and the other older children to leave. They would not bring in the donations from foreigners that she desired – they were no longer of commercial value to her.

However, many of the older children stayed, despite the new Director instructing the cook not to feed them. Tragically, after so many years, they had no other place to go.

Today, Stéphanie is 21 and attending school. The orphanage she spent so many unhappy years in has been closed, and she is beginning to move forward with her new life. She has shared her story with Lumos to let others know the truth about orphanages.

“We were mistreated and we never felt good…while I was at the orphanage, my spirit was trapped.”

*all names have been changed