“We are now a family” – a visit to Moldova 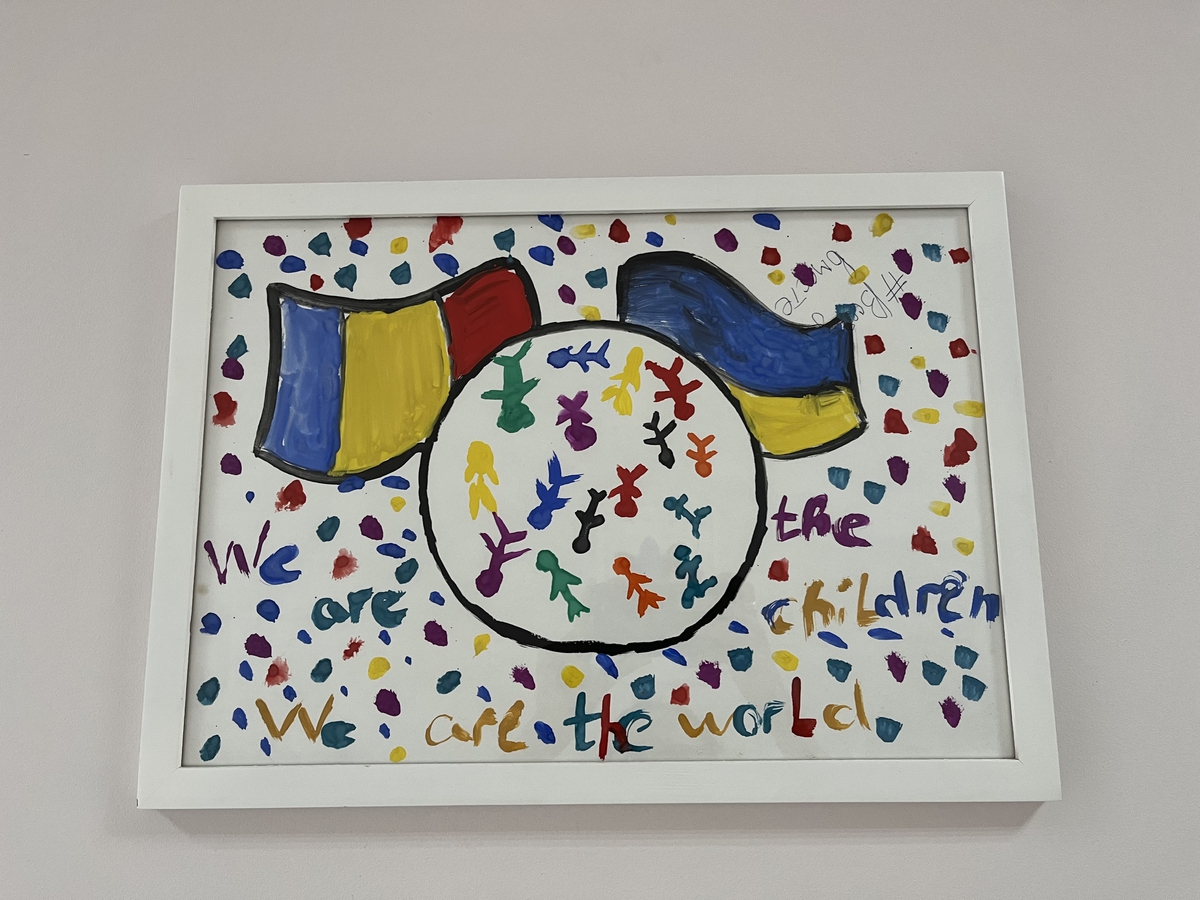 “We are now a family” – a visit to Moldova

I’ve just returned from a trip to Moldova, where I went to see first-hand some of Lumos Moldova’s vital work supporting vulnerable children and their families.

We’ve been working in Moldova since 2006, with a particular focus on inclusive education. More recently, we’ve also been working to support Ukrainian refugees who have crossed the border by providing essential resources such as food and clothing, as well as psychological support. Having heard so much about the positive impact of Lumos programmes, I was looking forward to seeing the work with my own eyes, and to meet in person my dear colleagues who work so hard to deliver better outcomes for vulnerable children and families.

Our first stop was Floreşti, a two-hour drive from Chisinau, where we visited the District’s Early Childhood Centre, which Lumos helped to set up. Walking around the colourful space, we learnt about the different therapies available, including speech and movement therapies. Having mirrors in the room is so helpful for the children as they can see their own movements and watch themselves pronouncing words. One little girl was roaming around with a mischievous grin on her face; the staff told us that when she first started her sessions, she would cry and shout, but now they see so much improvement.

I spoke to a mother whose toddler daughter Nina* had been using the services for a couple of years. The mother said that since she started using the centre’s services, Nina has made great strides in her development:

“She likes it very much. Before she started her rehabilitation, she would drag her right leg, but now she can stand up holding something, she can step sideways… [laughing] and she can crawl in all directions!”

Later, we also met fifteen-year-old Danylo*, a Ukrainian refugee who had fled the war. He had made the gruelling 48-hour journey to Moldova on his own. Fortunately, Danylo is able to stay with a family friend, but it was very clear how much he missed his life back home and his mum, who stayed in Ukraine as a volunteer helping elderly people who could not leave. Danylo was quiet and reserved, and seemed unsure of what he was going to do in Moldova. He’s a brave young man with his life ahead of him, but he came across as someone much older, and sad. He’s experienced something no child or young adult should have to go through. Lumos has been supporting the family with emergency supplies, made possible by the generosity of our supporters. Meeting Danylo made me wish that he, and so many others, will be reunited with their families soon.

The next day we travelled to Ialoveni, where we spent some time at the Inclusive Education Unit that Lumos supports. Speaking with parents, I was really struck by the feeling of inclusion and support experienced by the group – “we are now a family,” one of them said. They also shared a very real sense of hope that their children will be able to live happy and independent lives. One parent described the unit as a “blessing” - before the unit was set up, this was not such a tangible possibility, and parents did not know how to provide access to education for their children with disabilities. Without access to inclusive education and specialist services, for many parents placing children in institutions seems like the better – and sometimes the only - option. Whilst we spoke, the children were playing on the climbing frames, and it was heart-warming to see how much they were thriving, thanks to the unit.

While in Ialoveni, we also met a young refugee family from Odessa who were staying with a host family, and who Lumos has been supporting: Liliya* and her young sons Igor* (3) and Artem* (7). The journey from Ukraine to Moldova in February was exhausting, and Liliya had to carry little Igor on her shoulders for most of the way. The host family has children of a similar age, so Igor and Artem are making friends, and they seem happy playing with the family's kittens. But speaking to Liliya, it’s clear what the war has cost them. They miss their loved ones back home, including the boys’ dad and granddad, and their “beautiful life” by the seaside where they had “sea, life, school, garden, plans for the future.. now we don’t have anything.” The family is safe, but sadly the boys can’t go to school in Moldova because of the language barrier, and they’re desperate to return home.

THEIR FUTURE INCLUDES YOU

These children and families have been through the unimaginable, travelling from Ukraine with barely any belongings, relying on the kindness and generosity willingly provided by the Moldovan communities and charities like Lumos. Among all those we met, worries about the looming winter and the costs of the ongoing war were high.

Lumos is working to care for as many children and families as possible. Help us to make sure that Danylo, Igor, Artem, and thousands of other children like them, are not forgotten.

You can find out more about our Ukraine emergency response, or make a donation here:

Donate to our Ukraine Appeal here go to: https://www.wearelumos.org/get-involved/ukraine-appeal/