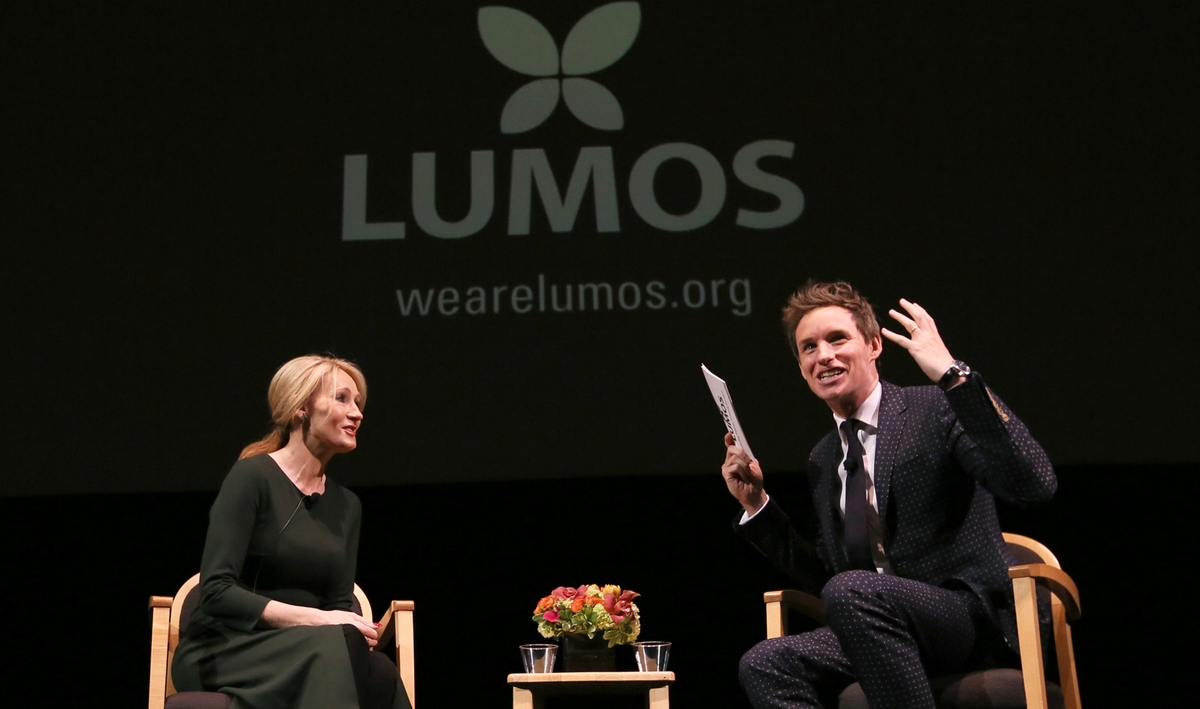 Sitting across from each other on the stage of perhaps the most celebrated concert hall in America, before an enthralled sold-out audience, the acclaimed writer and actor talked at length about the work of Lumos in helping children around the world to leave orphanages and institutions and return them to their families.

“We know that children who are raised in institutions suffer developmental delays, that they tend to be physically stunted, they normally have psychological trauma – it is just not what nature intended for children to be herded together and not given individual love and care,” said J.K. Rowling. “This is an entirely solvable issue. Lumos’ ambition – and we believe it’s achievable - is that by 2050, we will have ended institutionalization globally.”

She concluded: “The last thing I would say, particularly to young people in the audience today – I would reiterate that we need to change minds… do a little bit of research, and make sure you are supporting families to stay together.”

The two artists went on to talk about the new film Fantastic Beasts and Where to Find Them, and were joined on stage by director David Yates and cast members Ezra Miller, Dan Fogler, Katherine Waterston and Alison Sudol, before introducing the film to the nearly 3,000 guests at Carnegie Hall.

You can watch part of the conversation between J.K. Rowling and Eddie Redmayne here.

Fantastic Beasts and Where to Find Them is on general release in cinemas around the world from November 18th.

The special advance screening, of the new Warner Bros. feature film, with box office ticket sales and proceeds from an online sweepstakes going directly to support Lumos’ work, is part of We Are Lumos Worldwide, a global campaign to raise awareness and urge people to get involved with the non-profit organization’s work to bring the 8 million hidden children in orphanages around the world to light, and get them home to families. The campaign has also included: