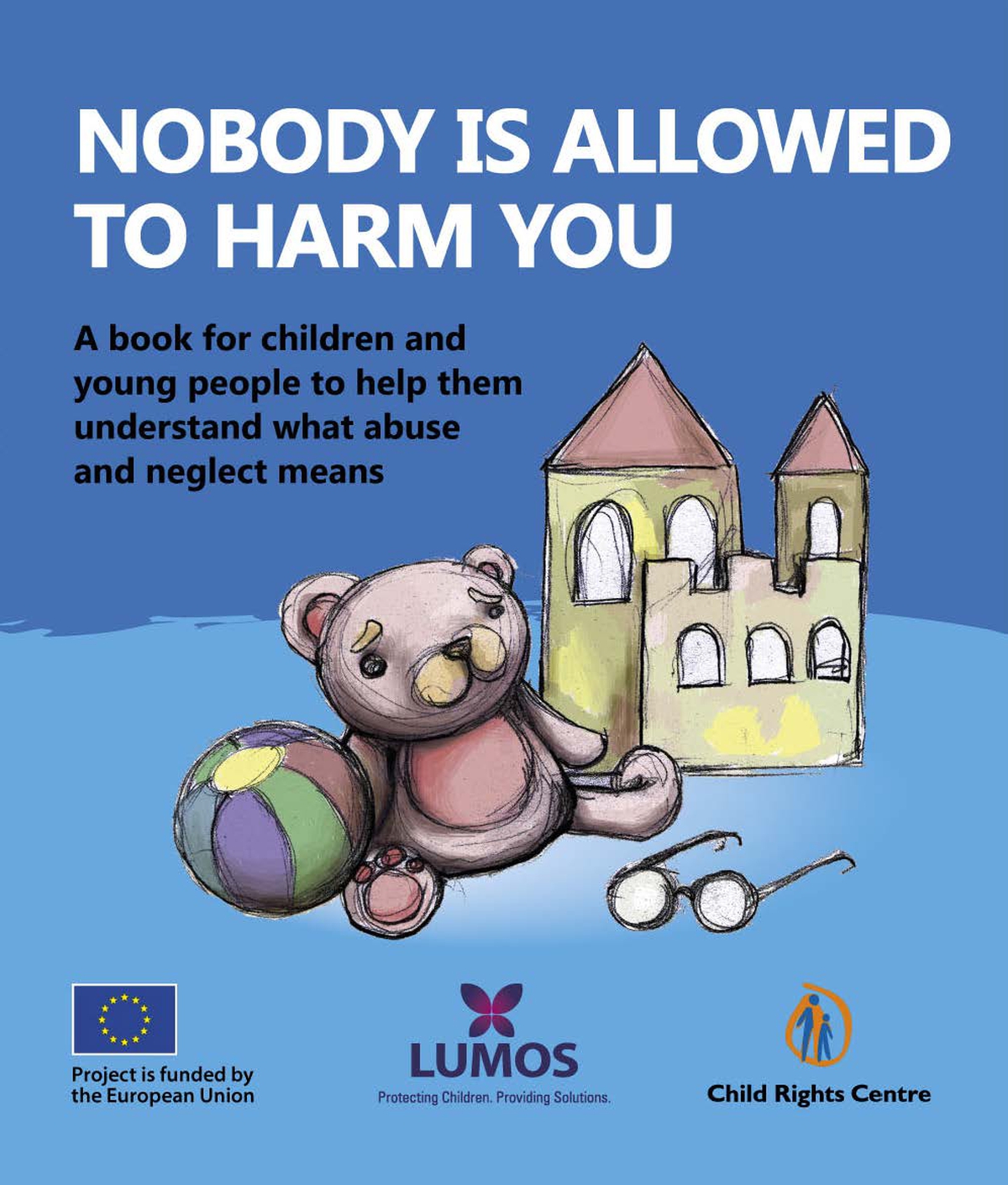 An innovative booklet created by children and young people with intellectual disabilities to help their peers understand neglect and abuse has been launched in a number of European languages.

It was produced as part of a ground-breaking project in Serbia, funded by the EU and run by young people, working with J.K. Rowling’s children’s organisation, Lumos, and the Serbian Child Rights Centre (CRC).

The project empowered children and young people, aged from 13 – 27 in a ‘child participation’ group, to assess the effectiveness of systems in Serbia in protecting them against abuse.

Using specially adapted materials, they expressed their views about child abuse and neglect and made recommendations to the government in Belgrade for improvements. The children and young people also took part – as co-trainers – in a series of well-received training events for senior Serbian professionals in the field of child care and protection.

The ‘easy to read’ booklet - 'Nobody is Allowed to Harm You' - A book for children and young people to help them understand what abuse and neglect means looks at risks including physical and verbal violence, emotional harm and humiliation, peer isolation, electronic bullying and different forms of sexual violence and sexual abuse.

The booklet has already been translated from Serbian into English and Czech, as well as Braille, and there are plans for further translations into other European Union and international languages. The booklet will be disseminated as a child protection tool for schools, children’s groups and other agencies.

In Belgrade, in Serbia, on 26 January 2016, the group of children and young people – known as the ‘Club for Healthy Changes’– are taking part in an international conference to share the results of the overall project, entitled Empowering children/young people with disabilities to improve responses to Child Abuse and Neglect.

In their report on the project, the children and young people say they “learned that our opinions matter, and that there are people who are willing to listen to them.”

“We have learned that even though we are all different we have equal rights, we can support each other and that together we are stronger!”

At the Jan 26 event, results of ten training sessions aimed at improving the skills of professionals working to protect children from abuse and neglect, will be presented, emphasising the role of young people as a co-trainers. A guide to implementation of Serbia protocols on the protection of children and young people with disabilities from abuse and neglect will also be presented. Discussions aimed at improving a number of general and specific Serbian child protection protocols are continuing, between the young self-advocates and professionals and decision makers.

Georgette Mulheir, Lumos CEO, said: “Lumos is very proud of the Serbia self-advocates, who we have supported now for five years. We can celebrate this successful project which shows what children and young people with disabilities can achieve, give the support and opportunities. Their advice on Serbian child protection protocols, their innovative work as co-trainers of professionals, along with the booklet, will have a beneficial impact for children not only in Serbia but across the EU and elsewhere.”

The Serbian CRC director Milena Golic Ruzic said: Rights of children and young people with disabilities are often threatened and in such situations usually others speak and decide for them. For this reason it is important that children and youth with disabilities are strengthened to self-advocate. This is especially important when we talk about the right of the child to be protected from abuse and neglect. Children and youth often don’t recognise these situations, they are silent about it and usually think that they are to blame for what is happening to them. As a first step in prevention, it is important to work with children and youth with disabilities to help them recognise what abuse and neglect is and how to protect themselves in such situations, having in mind that they are five times more likely to experience violence than children from the general population."