Over 60 Organizations Come Together at Children Count Summit 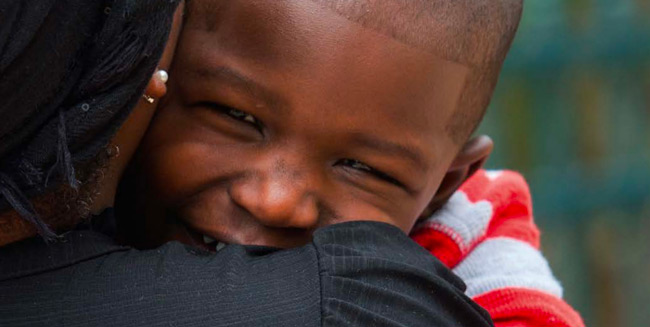 Over 60 Organizations Come Together at Children Count Summit

More than 90 international representatives from over 60 private and public sectors convened in New York City last week for the Children Count summit. The first meeting of its kind on an international stage, the summit aimed to find solutions to count the millions of children living outside of families who are currently being omitted from data collection, and therefore not being counted in policy, programming and support. Participants included data and technology experts, government officials, and leaders of businesses, universities and non-governmental organizations.

What emerged is an innovative framework for private-public cooperation. The plan brings about an unprecedented level of cooperation and engagement among leading private data and technology enterprises, NGOs and public officials. Participants made three key commitments to begin to tackle the issue:

Because population surveys tend to only count children in households, no one knows the exact number of children live outside family care. Separated from their families by poverty, and conflict and discrimination, these children live on the streets, in orphanages or other institutions, or are on the move. When they are not counted, they are not considered in the data that is used to understand the scope of adversity, and to materially improve these children's lives through support, policy and programming. As a result they are much more likely to miss out on development progress and are more vulnerable to being trafficked or forced into domestic servitude.

Professor Pat Dolan, UNESCO Chair in Children Youth and Civil Engagement called the summit "critical in order to help children all around the world." He continued, "We need to know how many there are so that we can find out how to reach them and help them. It's not just a matter of children being a number. They're a face, they're a human, they're people, they have a right to be supported."

Jerry Paffendorf, CEO of Loveland Technologies said, "This problem is new to me […] We need to try to match new tech tools and processes with service providers who are working to help children living outside of families."

The Children Count summit was convened by Comic Relief/Red Nose Day USA, the Global Alliance for Children, and Lumos, the international non-profit organization founded by J.K. Rowling. The event was hosted by the Permanent Mission of the United Arab Emirates to the United Nations, and was supported by the Bill & Melinda Gates Foundation and the Atlantic Philanthropies.